I had several of these heavy power hacksaw blades hanging in the shop. I decided to cut one up and make some hook knives.
The blades were wide enough to cut two widths, then halved to make 4 knives. 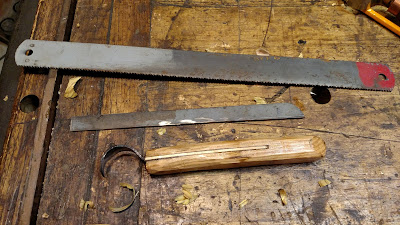 I used my cheap crappy Beaver Craft knife as a sort of template. I used a piece of aluminum flashing to make a template of sorts. I tend to make things larger than I need, and in this project that is not a good thing. Bending the aluminum to shape, marking it and then straighten it back out I got the right dimensions. 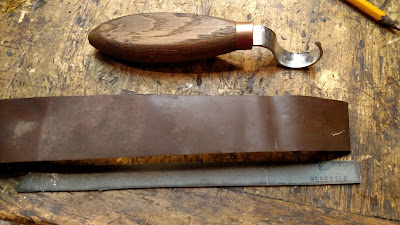 The “forming a rough bevel” step could be completed with a hand held grinder if that’s all you have. If you annealed the blade first you could even use a file, 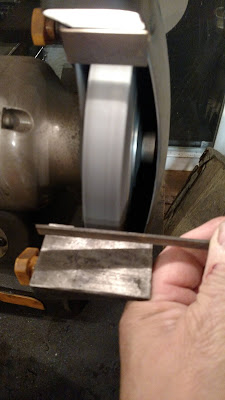 Cutting to rough shape was completed with a cut off wheel in the hand held grinder. 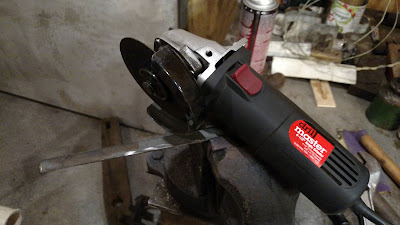 I’ve made a couple of these knives so far. I’ve used both my propane mini forge and nothing but the mapp torch. Obviously the mini forge is a little quicker to heat, but the mapp gas does just fine. 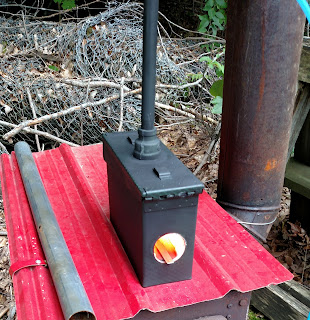 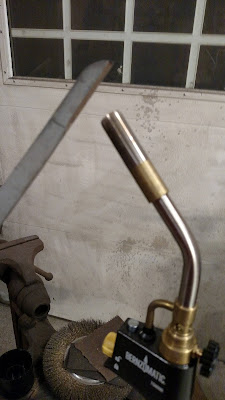 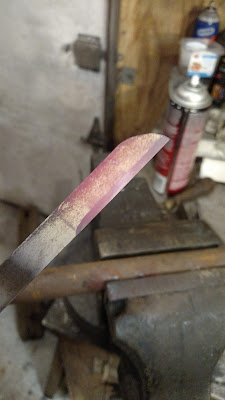 To form the hook I clamp a piece of steel rod (1″ black pipe works as well. I used the black pipe until I found this piece of solid steel in a pile of metal scraps I had) 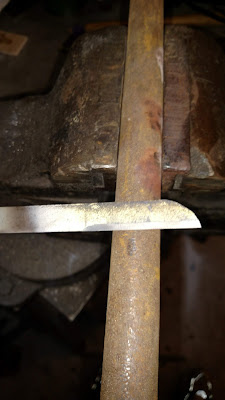 Here i made the final bend. I held the knife in the vice, heated it and bent it with an adjustable wrench. It was then heat treated using canola oil. 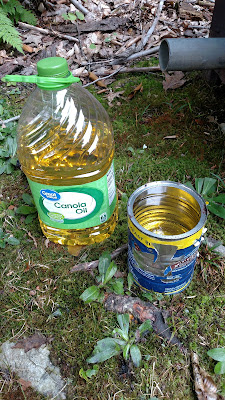 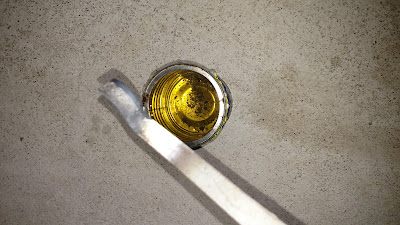 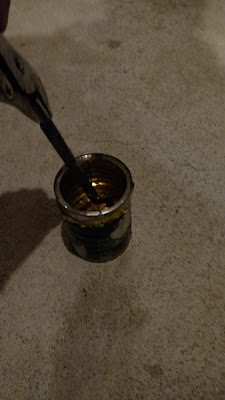 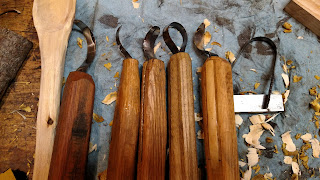 I have also purchased some 3/8″ O-1 rod to make hook knives. 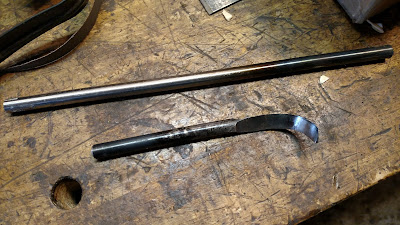 The rod took a little more forging, but seems to have a more consistent results. I heated and flatten the hook end and ground to shape similar to the blades above. I then bent it by forming around the steel rod the same as I did above. 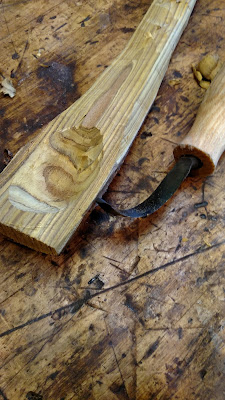 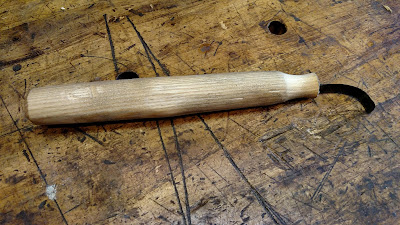 This seems to be a little easier to sharpen, but I’m also advancing my skill level so that could come into play a little as well.

With My Own Hands – My Knife Making Journey

Buy on Amazon   A guide for new knife makers who want to experience knife making but do not know where to start. This book […]

The Leuku Knife, also known as a Sami knife (Sami: stuorraniibi = “big knife”, Finnish: lapinleuku or leuku), is a large knife traditionally used by the Sami people. I decided to try some Laurel Mountain Barrel Brown & Degreaser to brown the blade. This is how it came out!

Not all knife makers make their own Leather Knife Sheath. Some farm out the leather work to leather professionals. Since I like to keep as […]

Horace Kephart (1862-1931) is a familiar name to bushcrafters along with George Washington Sears (See Knife 59) and was one of the leading outdoor writers of his time. Kephart designed the knife. This is how he described it in the first edition of Camping and Woodcraft: “This knife weighs only 4 ounces. It was made by a country blacksmith, and is one of the homeliest things I ever saw; but it has outlived in my affections the score of other knives that I have use”.

This Brut de Forge Bowie was forged from a similar tine as Knife – 42 Hunter Forged from an Implement Tine. To the right it is being normalized. Notice the groove (or fuller) in the tang. I cut that with the belt grinder. It serves a couple of purposes. It lightens the knife. It makes less surface area of the tang that must be flattened and gives the epoxy some space.